The project explores materiality by developing a speculative narration where humans start living in the virtual world, and the real world is empty like a white room. 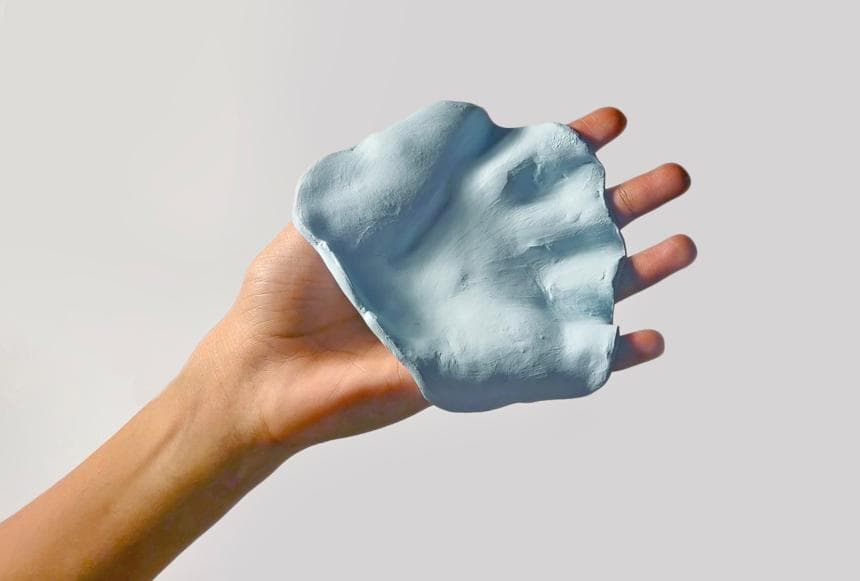 Experience, Design2020
With the advent of technology, the whole idea of shaping a virtual world which is as good as the real world is blooming. Considering the ever increasing evolution with respect to anthropological aspects, it is extremely important to acknowledge the fact that humans are shifting to the virtual world gradually. With this in consideration, another question arises – what will the real world be like? After a long tiring day spent in the virtual world, when humans get back to the real world, will they need a sense of materiality? Will there be a need to hold something in hand and feel it? Will the absence of materiality in Virtual reality make them feel the need to touch something? As the name suggests, Materiality and Post Real is a theme which revolves around the realities which are beyond time and space. The perception of the world that we live in is ever evolving; thus giving rise to multiple possibilities of how humans would live in future. From a Communication Designer’s point of view, the theme Materiality and Post Real goes along with the idea of a speculative world with no materials because of the tangents it touches with respect to imagination and recreation of a forthcoming world. With the emerging sensory technology, it is necessary to have a critical approach towards the subject of materiality in the world where we have immersed ourselves in virtual reality. The Primary and Secondary research on the topic of materiality led to various enquiries relating to the futuristic technological advancements in the sensory experience. The idea of an immersive experience which is fully calibrated with the real world opens various possibilities of how humans will lead their lives when the Virtual world becomes the real world.

Design ResponseA speculative approach is developed towards the highly immersive virtual reality. If Virtual reality becomes the real world to live in, what will the real world be like? Will there be any traces of anthropology in the actual world? Will human beings evolve their needs according to the changing world? The idea of the real world in the fully developed virtual world increases the curiosity to explore numerous possibilities of materiality and its absence in the real world. The word ‘absence’ gives a hint of emptiness, and hence the speculative real world is A WHITE ROOM, where everyone comes back after spending the entire time in the Virtual world. It also relates to cybersickness which will then evolve with technology and change the symptoms from what they are in the present.

The aim was to understand and explore the role of materiality in virtual reality and establish its absence through the concept of the WHITE ROOM. White room is a space which is empty and without any materials because the virtual world is the real world and there is no need to have materials in the world outside virtual reality. The experiment showed how robotic voices interact with the users which are based in different situations and how a human being would respond to it after excessive usage of the same. By creating a narrative where the technology tries to be humane and replace real life people in the virtual world, various doors of possibilities were opened for speculating the human reaction.
Item 1 of 4
The next stage of the project was to stage an experience with the help of audio. The space was timed and divided into two, the virtual world with the audio and the real world as a white room with the objects. After listening to the immersive audio, the visitors were led to the white room with the ergonomic objects where they were able to realise the emptiness and experience a sensory stimulus by holding the objects. The intention was to establish the absence and test the behaviour of the audience after listening to the audio. Each object functions as a healing component in the act of adjusting to the comeback from the virtual world into white room. The material of the objects is malleable and can respond to the pressure and touch. The thickness, volume and shape evoke tactility and harmonize the enhanced senses of touch, thus making a mark on the object upon pressing/handling it. As for the specific workings of the features of the tactile object designs, it could be understood through the elaboration of the five elements – flexibility, color, texture, volume/weight and form.
Item 1 of 3